Don’t let the next paragraph scare you away. This article is going to help you make improvements to your sales organization, not fine-tune your skills on a bike!

Cycling is a big thing in my house. My husband is an avid cyclist and the world sort of stops this time of year as we pay homage to the Tour de France. But even if you know nothing about cycling or couldn’t care less – you’re going to care about this…

Before I tell you why, ask yourself:

Would it be worth your time and energy to improve something by one percent?

Would it be worth it to expend the energy to improve lots of things by one percent?

Remember your answers and keep reading.

Recently I was struck by an article titled, “This Coach Improved Every Tiny Thing by 1 Percent and Here’s What Happened.” It tells the story of how the littlest things can have the biggest pay-off. You’re going to love this—and regardless of what you do for a living, you’re going to be able to use this. First organized in 1903, the Tour de France is one of the three most prestigious grand tours in cycling. It’s been around for a long, long time, but as of 2010, no British cyclist had ever won the Tour. That year, Team Sky, Great Britain’s professional cycling team, brought on a new General Manager named Dave Brailsford, who believed he could change all that. His plan was so simple, I bet many people probably thought it would never work. He believed that if they improved every area related to cycling by just one percent, all of those marginal improvements would add up to a large success.

He started with the most obvious improvements, asking himself how he could improve the nutrition of the riders by 1%. Then the weekly training program. Then the ergonomics of the bike seat and the weight of the tires. With a plan in place to improve each of these areas by 1%, he moved on to the less apparent opportunities, such as the pillows they used to maximize their sleep, the massage gel used by their trainers, and the best way to wash their hands to remain healthy. One percent improvement—that’s all he asked for in every area he identified.

In three short years, the Tour de France crowned the first British winner in history. That same year Brailsford led the British cycling team to win 70% of the gold medals at the 2012 Olympics and in 2013, Team Sky won the Tour de France again! One plus one adds up to a lot more than two.

James Clear, the author of the article, drew a fascinating conclusion from this. He said that “most people love to talk about success as an event. We talk about losing 50 pounds or building a successful business or winning the Tour de France as if they are events. But the truth is that most of the significant things in life aren't standalone events, but rather the sum of all the moments when we chose to do things one percent better or one percent worse."

Ambitious people tackle their day, ready to conquer the beast and revel in their big success. My advice to you is, don’t hold out for that high-action, big-screen, monumental moment. Instead, search for the thousands of moments that lead up to the final scene where you could improve what you are doing by one percent. Each one will not feel monumental but put them together and you can change the course of history.

So if you are a sales manager, invest the time to build a list of things that you can improve by 1%. Don’t think about how to overhaul your entire sales department. Instead consider how you might improve things like these by just 1%:

This list should get you started, now you can take it from here! 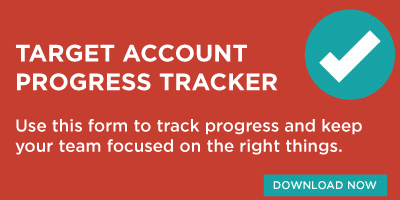