The Dirtiest Four Letter Words in a Sales Organization: "Role" and "Play" 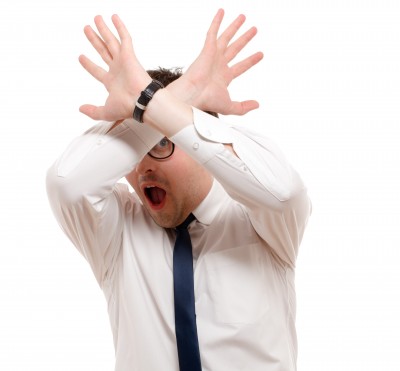 Why is that “role play” has such a bad rap? It’s as if these are the dirtiest four-letter words that a salesperson might hear, and I really don’t get it.  When did practice become a bad thing?

He also spends time in the infield or outfield running through every scenario his team might encounter during a game in order to figure out how each one should be handled. That’s role play.

A dancer or an actor will rehearse countless times before every live performance.  They will mark their spots, practice using different approaches or emotion, and they will have dress rehearsal before the final performance.  That’s role play.

A student preparing for the SAT will attend preparatory classes, run through multiple practice tests, and often take the standardized exam more than once in order to improve her performance and, in turn, the outcome. That’s role play.

Think about the best of the best.  The best athlete, performer, student.  You’ve heard them interviewed.  How often do you hear that they just had natural talent so they went out there and did their thing?  Never.  The greats talk about how much time and preparation went into becoming great.  Michael Jordan is most celebrated for the amount of practice and preparation time that he put into his sport.

So, how did “role play” get such a bad rap in our business and why do salespeople not want to practice?  You can change their perspective.

Here are five things you can do to improve role playing in your sales organization...

1) Plan to role play.  Schedule it in advance.  No sneak attacks!
2) Make it useful.  Make sure the scenarios are realistic.
3) Decide what perfect looks like in advance and strive for perfection during the practice time.
4) Resolve to make this part of your sales culture.  It can’t just be a one sales meeting gig.
5) Keep it positive!

Matt Sunshine is Executive Vice President at The Center for Sales Strategy.