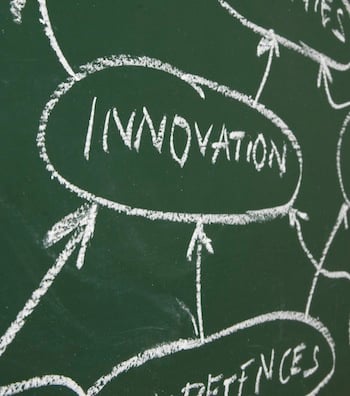 Recently, I was working with a client that was facing a tremendous problem. It was much more serious than the possibility of losing one of their biggest accounts. Due to some new legislation, they were on the verge of potentially losing an entire category of customers. Briefly, there was a period of shock… as if the sales manager and his team had suffered a traumatic (economic) injury. But then, very quickly, the group shifted into survival mode. Who knows where it came from—perhaps desperation, perhaps adrenaline—but the co-workers, led by their manager, started reviewing their capabilities and resources, and investigating where they might find pockets of revenue to replace the money that could soon vanish.

Fear of loss, it is said, is a greater motivator than the prospect of potential gain.  (Daniel Kahneman & Amos Tversky, circa 1979.)

But what if you could call your people to arms, even when the loss of a major account (or an entire revenue category) is not imminent? The resulting increase in revenue would not merely compensate for lost dollars… it would have the potential to add greatly to the profit line!

So, how do you increase the flow of adrenaline even when the threat of loss does not exist? How about making the rewards of increasing revenue (commission) more tangible (meaningful) to those who might generate that income. How about investing one staff meeting on nothing but daydreams. Get your team—individually—to write down their short-term and long-term dreams. What indulgent purchase would they like to make in the next 12 to 24 months? What career position would they like to hold within three to five years? These aspirations are personal and more tangible by-products of dramatic improvements to revenue: There will almost certainly be increased income/commission, as well as professional advancement, to be shared among the contributing group of sellers. These are the kinds of long-term rewards that can be gained when a team dramatically improves their revenue performance.

Next, talk with your team about the tactics and tools they think might contribute to a quantum leap, in terms of fresh revenue found. Sometimes, the most actionable ideas for fresh revenue come from "the people in the field."

A sudden and unforeseen revenue loss can happen to even the best of sales organizations. But so can a sudden revenue increase, when a team can dream and explore the right ideas to achieve it. If you are constantly looking for bold new revenue that has not been lost… you'll be ready for either scenario.

Mike Anderson is VP / Consumer Insights and Communications at The Center for Sales Strategy.