Forget Job Title: Listen to the Person who Knows Best 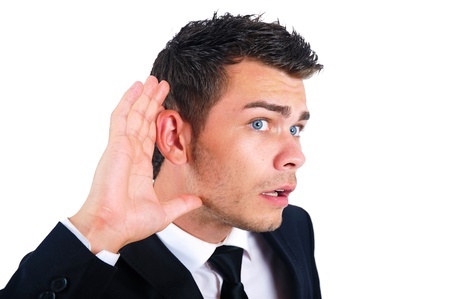 It’s an interesting fact in business that the people at the top don’t always know best. In fact, most of the time, the person who has the skills and experience to offer a solution to a particular customer is the salesperson.

A few years ago, I was negotiating a very large sale that involved complex discussions and choices to be finalized in order to send out a proposal. The standard sales cycle at our company closed in about three months, on average, and I was working with a decision maker to finalize the proposal.

He explained that because of the bureaucracy in his organization and the processes he had to go through to start working with a new vendor, it would take longer than average to close this sale.

He told me, “This isn’t a condition of me not liking what you have to offer. It’s simply all the steps I have to go through to get approvals from the various departments that will be involved in it. It could take up to a year to make it happen.” I chose to believe him.

Back at my company, after three months had passed, people were starting to get nervous. “Why isn’t he buying? You said he was interested!” they implored. “What are you doing wrong?” they questioned. “How can we make this go faster?” they demanded.  “Maybe you’re not checking in with him enough!”

But I didn’t listen to my colleagues’ concerns. I knew my contact was sincere in his intentions so I helped him at every stage of the process without hounding him. My patience paid off because he was doing all he could, and it turned out well in the end.

He signed up a year after our initial conversation.

Traits of a Great Salesperson: Listening to the Client

As my career progressed, and I became a manager myself, I realized that this one sale taught me an important lesson in negotiation:  if you have the right people on your sales staff, then the person who can give you the best advice about the status of the sales process—and the best next steps—is the salesperson who’s talking to and listening to the client.

As a manager, I’ve always tried to listen to the person closest to the client: the salesperson. No one in your organization knows better what’s happening, what’s a smart next move, and what’s not than does the person you sent to be the key interface with that prospect or client.  And if that sentence I wrote isn’t true, then you gotta ask what else you don’t trust the salesperson to do; indeed, you gotta ask yourself if that person whose judgment you question belongs in that job at all.

The people at the top don’t always know best. When it comes to knowledge of the prospect and the evolving sales process with that client, the one who knows best is usually the salesperson. Solicit his or her advice first and last.

Need help with your plan? Download our "Don't Give Up" guide today!