For decades now, those of us in the B2B sales world have talked about two kinds of salespeople—Hunters and Farmers.  Some sales organizations are even formally divided into groups of Hunters and groups of Farmers, with different expectations set for each.  Here’s a summary of these two archetypes:

Hunters set out into the territory (literally or figuratively) looking for prey—er, prospects. They’re famous for their hyper-focus and the better ones are renowned for their skill with a variety of weapons (they call them approaches).  Nobody chases business and bags it better than a Hunter.  They’re motivated first and foremost by the thrill of the hunt; when the hunt is over, so is the thrill… until the next prospect comes into view.  Just as a pure hunter might not care if he ever eats his prey, the most extreme Sales Hunters are often not so effective at serving and maintaining that client long-term.

Farmers work more slowly and have a much longer time horizon.  To them, the territory is where they cultivate the ground, plant seeds, and nurture crops—er, prospects.  Farmers are known for their patience and resolve, but not especially for their ability to close business quickly or in the near-term.  When they do ultimately close it, it often is based on a solid relationship, one the farmer is very focused on preserving and strengthening.  Farmers thus are especially good at keeping clients satisfied and onboard for the long haul.

As different as the Hunter and the Farmer are from each other, they do have one thing in common:  They both go out looking for prospects.  But a third archetype has emerged… and this new kind of salesperson spends much less time on the prowl for prospects.

Trappers do it differently; they entice the prey—er, prospects—to come to them.  They set out the honeypot that brings the bears, the cheese that attracts the mice, the information and advice that pulls prospects in and prompts them to make the first move toward doing business.  In the epic battle between the Sales Hunters and the Sales Farmers, it just may be the Sales Trappers who win.

Sales Trappers understand that prospects want to buy, but they don’t want to be sold.  So Trappers cast themselves primarily as helpers, as knowledgeable sources of advice and assistance, so that prospects who are interested (and interested now!) will find them, appreciate the information and insight offered, and step into the friendly, helpful “trap.”  Sales Trappers spend less time prospecting and persuading, and more time collaborating and serving.

You guessed it by now:  Sales Trappers use Inbound Marketing or they benefit directly from the Inbound Marketing program their employer has implemented so as to funnel sales-ready leads to sell-ready reps.  We tend to think of Inbound Marketing as a strategy pursued by companies, but savvy salespeople can do it on their own nearly as well… by behaving like a thought leader.  Such Sales Trappers put themselves and their wisdom out there in both the virtual world and the physical world—in the form of white papers, blog posts, speaking engagements, perhaps even videos.

When the prospect reaches out to the Sales Trapper, it’s nearly always a qualified prospect who is ready to explore the solutions on offer. No chasing through the woods, as the Hunter must do. No waiting for months to see if something sprouts, the lot of the Farmer. Just success.

The sales ranks will always include Hunters and Farmers, but the most productive salespeople going forward are likely to be the Trappers.

Learn more about becoming a sales trapper by signing up for the Inbounders Weekly email list! 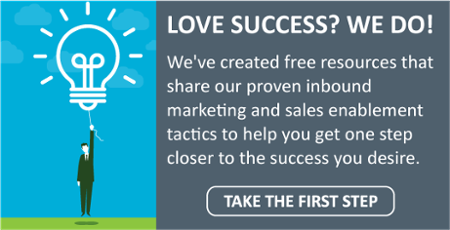