Justin Bieber is the youngest person to ever sell out Madison Square Garden, and it only took him 22 minutes! While I know the likelihood of anyone reading this story to have been diagnosed with Bieber Fever is slim to none, if we’re all really being honest with ourselves, there is a part of each and every one of us who secretly admires him, respects his success or even REALLY likes him. I would even bet that if we stepped out of our comfort zone and removed our adult supersonic teen heartthrob repellant to take a closer look, we just might find the magic formula responsible for his unimaginable rise to global superstardom.

The quest for knowledge begins here, if you can step out of your comfort zone for a few minutes. Go ahead and remove your adult supersonic teen heartthrob repellant. You will become noticeably more curious and you might feel like eating a snack, that’s normal. Just keep reading, in a few seconds you’ll forget you care if anyone knows that Justin Bieber piques your curiosity.

When Justin Beiber was 16 years old, he joined the ranks of some of the most esteemed and iconic stars of our time and sold out Madison Square Garden… and he did it faster than many of the greats before him. In just 23 months he went from YouTube street performer to teen dynamo--and sold out what is arguably the most coveted entertainment venue in America (and quite possibly the world) in just 22 minutes! And great news for him…there were no age requirements for him to accomplish this remarkable feat.

So just how did Justin Bieber obtain the kind of popularity that could warrant a Madison Square Garden sell-out in a mere 22 minutes? Was it timing? Was it Usher? Was it great marketing? Was it his YouTube street performances? Was it his rockin’ dance moves? Was it his hair?

Before we answer that question, let’s first take a look at a list of greats who did it before him. Michael Jackson, Bon Jovi, Barbara Streisand, Celine Dion, Prince, John Lennon, The Rolling Stones, Elton John, Billy Joel, and Taylor Swift are among the great ones who have the “I sold-out Madison Square Garden” t-shirt. That’s quite a distinguished and eclectic group of folks to follow; not too shabby, Justin Bieber. So what are the commonalties amongst this eclectic group of folks?

The one undeniable common thread is that they are all extremely talented. Each one was born with God-given unexplainable uber talent, crazy talent that you just can’t teach… the kind of talent that you either clearly have or that you most certainly don’t. For example, there is no way possible that anyone on this planet could ever teach me to play basketball as great (or even half as great) as Michael Jordan… even if I was coached by Phil Jackson and endured the exact same training regimen along with him. It’s an impossibility that I’m certain no one would argue. I’m vertically challenged, standing a mere 5”2’, and that’s with my head held high when I’m feeling super confident.

Justin Bieber is extremely gifted and talented. He started playing the drums when he was two years old, and he taught himself how to play the guitar, trumpet and piano. He has the voice, the moves and an undeniable charisma that has won over millions of tweens and teens around the globe. He was just born that way; it’s innate in who he is!

Looking closer at Justin Bieber and his road to superstardom, you’ll learn that he endures extensive training. Obviously he has a choreographer to teach him is rockin’ dance moves, but did you know that he also has a voice coach to help him reach his full potential? His innate talent to sing and perform is far more superior than average. However in order for him to deliver the kind of performances that have his fans lining up desperate to buy tickets, he must have proper training. His voice coach is Jan Smith. She coaches him (and many other greats) on vocal techniques, maintenance/endurance and trouble-shooting, voice maintenance and preservation, vocal repair and recovery from vocal cord damage due to illness or extensive use. She also consults with his labels, vocalists and producers on in-studio vocal production and endurance. She works with his producers to facilitate vocal pre-production for recording, she acts as an intermediary between him and his producer as needed, and instructs Bieber on vocal pre-production and ongoing vocal endurance while recording and touring. Who would have thought Justin Bieber would need so much coaching and training on how to use his God-given, innate talent?

So far we’ve established that Justin Bieber is uber talented and he has endured extensive training to strengthen his God-given, innate talent. But talent and training alone aren’t enough to sell-out Madison Square Garden in 22 minutes, especially if you’ve only been “known” for 23 months. Justin Bieber’s career started in October of 2008 when Usher and LA Reid signed him… 23 months later he sold-out Madison Square Garden in 22 minutes. That feat is remarkable and unprecedented! The tactics his team used to launch his career were considered to be irrelevant and elementary by most of his critics. In fact, before signing with LA Reid, he was told by producers that he was too young to enter the business and that a market for his music simply didn’t exist outside of typical kid entertainment platforms. He was told that if he really wanted a chance to succeed in the entertainment business he needed to start his career like every other uber talented kid (Britney Spears, Miley Cyrus, Justin Timberlake, Christina Aguilera, The Jonas Brothers, Selena Gomez) and debut on Nickelodeon or Disney. Bieber’s management team disagreed and instead utilized innovative tactics that achieved a Madison Square Garden sell-out in 22 minutes. His critics were stunned and speechless!

Justin Bieber traveled around the country “old school” style and used the star power of Usher and the credibility of mega music exec LA Reid to get “on-air” at local radio stations. He began to Tweet about his experiences, his current location and his next destination. Pretty soon his raving tween and teen fans began to show-up at radio stations to greet him. It started with about 20, then grew to 100, then grew to 1000’s. Radio stations around the country reported massive crowds outside their studios. It was unheard of!

Justin Bieber started a personal interactive relationship with all of his fans. They were talking to him, and he was talking back…they LOVED it!  Since he opened his Twitter account in July of 2009, he has tweeted nearly 11,000 times (probably over 11,000 since this story was written), averaging about 26 times per day. He ranks 2nd among Twitters most popular with over 13,000,000 followers and averages about 26,000 new followers each day. But that’s not all! He also has a Facebook Fan page with over 36,000,000 people who “like” him! Twitter, YouTube, and Facebook made Justin’s fans feel a genuine connection with him. And with the power of social media, the feeling cultivated and continues to grow at record pace. You can be assured he IS a force to be reckoned with. After all, who else can reach over 13,000,000 raving fans via Twitter and 36,000,000 raving fans via Facebook in less than one minute, any time of day?  You can bet his fans will pay attention, they will react and he will continue to influence a massive, extremely sought after audience at record pace.

Justin Bieber was born with God-given, innate talent, he has a superstar voice coach to train him so he can continue to grow and deliver dynamo performances, and he utilizes innovative tactics to create an emotional connection with a massive audience at record pace. The combination of his innate Talent, proper Training and innovative marketing Tactics resulted in a record sales performance and put him down in history as youngest person to ever sell-out Madison Square Garden, and he did it in only 22 minutes!

At The Center for Sales Strategy our formula for strong sales performance is exactly the same and it’s actually pretty simple. While not everyone is born to be a rock star or an Olympic athlete, we are all born with natural, God-given talents. And for some, that is the innate talent to sell. Those that can sell do it naturally. It’s just who they are. And with proper training and relevant tactics, those that are born to sell will achieve record breaking performances!

Mathematically speaking, Talent + Training + Tactics = PERFORMANCE. And believe me: the formula works! Proof is in the results!


I’m not sure about you, but I kinda like my view of the world without my adult supersonic teen heartthrob repellant. Sometimes the adult in me gets in the way of the natural curiosity I had when I was a child, and it’s fun to ask questions and learn things I never knew I need to know!  Oh and btw, I have been diagnosed with Bieber Fever and I’m not ashamed to share, I REALLY like (love) him! 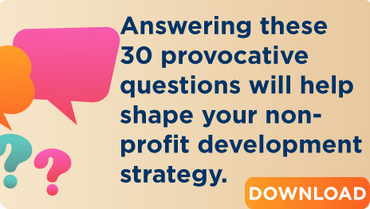