The Sales Strategy that Worked for Steve Jobs 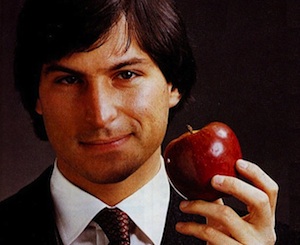 In the wake of the untimely passing of Steve Jobs, plenty of people have written about their own experiences dealing with the legendary bigger-than-life persona that was Jobs. Could one of those articles actually offer sales advice?  You bet. I found this in the New York Times.

Jobs’ favorite architect—the man who designed Pixar’s headquarters and more than 30 high-profile Apple Stores around the world, including the famous glass-enclosed stores in Shanghai and on Fifth Avenue in New York—was not a flashy guy, nor was he especially famous before he produced a lot of work for Jobs.

But he was collaborative. Architect Peter Bohlin doesn’t follow the traditional sales technique of collecting specs from the client and then returning with the design he thinks is right. And he isn’t in love with his ideas until he knows the client is. “The best clients, to my mind, don’t say that whatever you do is fine,” Mr. Bohlin told the Times a few days after Mr. Jobs’ death. “They’re intertwined in the process. When I look back, it’s hard to remember who had what thought when. That’s the best, most satisfying work, whether a large building or a house.”

The best clients all want to work that way, intertwined!, whether they tell you so up front (as you can be certain Jobs did) or not. The best clients—the ones who spend the most money and provide the greatest professional satisfaction and growth—want their key suppliers to be partners, not vendors or pitchmen.

If it’s something simple, they want the information they need to pick the product that works for them. If it’s a more complex project, they want problem-solving conversations… about how best to tackle their challenge, not about why they should go for the solution the salesperson has laid in front of them. That’s the sales strategy the best clients respond to.  Steve Jobs was an incredible steward of the Apple brand, but he couldn’t bring any Apple Store to life by himself; he needed an architect to be his partner.

Architecture is design and engineering, but Bohlin was more than a designer, more than an engineer.  He was a partner who knew how to weave together the selling process and the buying process. He intertwined them, and made progress together with his partner-client.  The Times reported that Bohlin and his associates learned early on to approach Jobs with alternatives. “He liked to be presented with options and would often make very insightful suggestions,” recalled one those associates, who focuses full time on Apple work. “We all enjoyed the collaboration.”

Your work may not be as big or as dramatic as constructing a major new Apple Store, and you may not work with the CEO all that frequently… but if you sell tailored solutions to challenging problems, your prospect wants you to be like a partner, and wants to have the engaging how conversation, not the boring why conversation. And you want it, too—because you’ll close more sales.

Steve Marx is Chairman Emeritus at The Center for Sales Strategy