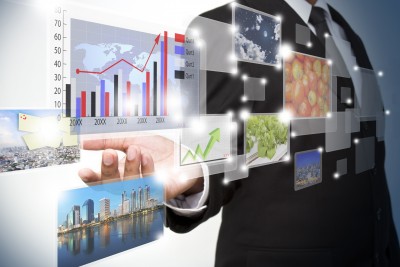 How do businesses use local media sites to effectively market their business? This is a digital marketing strategy question that is heard frequently and it is for that reason we set out to find an answer.

Over the last year, I interviewed 25 local businesses to find similarities in how they successfully used local digital media. Whether you sell digital media or you use digital media to market your business, I think you might discover the findings interesting.

A common challenge faced by both businesses and traditional media sellers surrounding digital is determining what works. What produces results?

Questions that are often asked sound a little like this:

While there are varying opinions on all of these questions, some strong correlations were uncovered when asking businesses that found success utilizing local digital media sites.

Start with a strong strategy

Successful marketing campaigns begin with a plan and successful digital campaigns are no different. Developing a strong plan from the start with a clear objective, a sales and marketing strategy, a defined messaging and a deep understanding of the consumer – who are they, their purchase considerations and their competitive perceptions, seemed to minimize the number of changes during the campaign.

An overwhelming 71% of the respondents did not make changes once the campaign started and of those who did, 88% of the adjustments were made to the creative.

I was surprised by how few made changes to their campaigns, but when they began to talk about the relationship and trust that they had with their media rep it made a little more sense.

An amazing 88% of respondents said that the help that they receive from their media partners was very important to the success of their campaigns.

Based on the importance these businesses placed on their local media partners, it would not be surprising if some optimization of their campaign was done without filling in the client at every turn.

What is the right number of impressions?

What percentage of the overall budget of successful campaigns is spent in digital?

How do we demonstrate the evidence of success without using a click through report?

Each interview began by first identifying the objectives of a recent successful campaign that utilized local digital media. When asked what each wanted to gain, the overwhelming majority of the successful campaigns wanted to drive sales, followed by reaching new clients and branding and/or awareness efforts. While the largest objective was to drive sales, it is interesting to note that most of these businesses were not looking to drive online sales.

44% of the participants made reference that they were looking to increase in-store sales and/or traffic when speaking of their campaign goals and/or objectives.

When asked specifically, “What kinds of metrics did you refer to in order to measure the success of this campaign, in particular?,” the most common response was sales – which cannot be shown on a CTR report. Interestingly, there were only six varied responses from the interviewees and some businesses gave multiple metrics that they used to measure the success of the campaign.

The media provided CTR report was only referenced by 15% of the participants as a metric used to measure success. For most businesses a CTR report is no more a sign of success than it is a sign of failure.

So what made the campaigns successful in the eyes of local businesses?

The number one response was an integrated campaign, followed by targeting and creative respectively.  These three accounted for 63% of the responses. Only one participant referenced the CTR as a determination of the campaign success – that respondent also referenced their website analytics as being equally important to help them to determine actual sales.

The reality is that most local businesses are still learning how to effectively use digital capabilities to market their business. With each passing month or campaign, small business owners, managers and marketers are likely to become more and more sophisticated in the way they use digital tools, and measure the performance of those tools. The gap that once existed between what defines success for digital media campaigns and all other marketing campaigns seems to be narrowing.