Does Your Sales Strategy Rush the Needs Analysis Process? Watch Out! 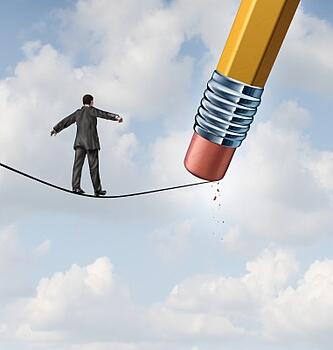 In the sixth century B.C. there was a king going out on what might be similar to the needs analysis a salesperson goes out on today. King Croesus was seeking advice from the oracle, asking what the outcome might be if he invaded Persia. The answer was that if he did, a great empire would fall.

Croesus was a confident king, and felt sure the answer meant he couldn’t fail. So he invaded Persia, was defeated, and lost his own kingdom of Lydia to the Persians. If only he had known about the Hourglass Needs Analysis method.

Most salespeople conduct their needs analysis like a funnel, where they start asking questions and narrow to an assignment from the prospect. That’s a great start, but it’s only the top half of an hourglass.

Too often this important juncture is where most salespeople start gathering up their things and run out to put together something to sell. Do they know the whole story? Are they making assumptions that will lose the sale?

Agree to Next Steps

Using this sales strategy, uncovering the prospect's assignment is just the middle of the process. The assignment still needs to be explored and clarified. You need to ask questions like, “What makes this need important?" When it is time to end the meeting, contract with the prospect, so everyone is in agreement about the next steps.

Improve your needs analysis work and make your appointments more productive! Click here to get the free download.