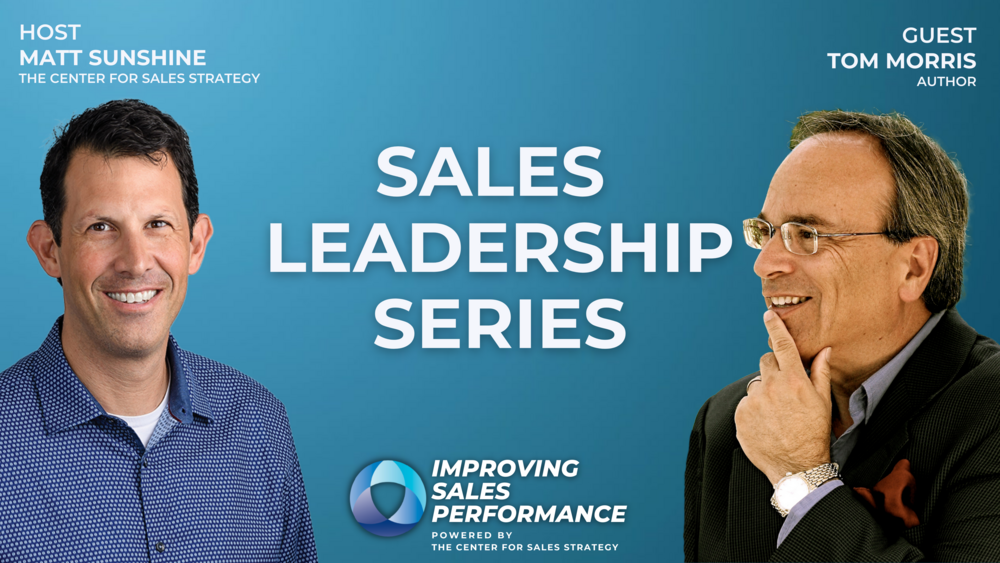 In this episode of the Sales Leadership Series, Tom Morris, Author of over 30 books, including his latest, "Plato’s Lemonade Stand," joins the show to talk about challenge, change, difficulty and delight. This discussion took concepts from his books and applied them to sales leadership and tips for sales leaders.

Tune in now or keep reading for a brief overview.

Dr. Tom Morris is a native of North Carolina, a graduate of UNC Chapel Hill, where he was a Morehead-Cain Scholar, and the recipient of a double Ph.D. from Yale University. He has gone from being the most popular professor at The University of Notre Dame, where he taught for 15 years, to now serving as the world's most active public philosopher, authoring over 30 books, including national business bestsellers, while bringing the wisdom of the ages to many of the biggest and most successful companies in the world in over 1,200 public talks.

He’s the author of books like True Success, If Aristotle Ran General Motors, Philosophy for Dummies, If Harry Potter Ran General Electric, Socrates in Silicon Valley, The Oasis Within, and his newest book about challenge and change, difficulty and delight is called: Plato’s Lemonade Stand.

His work has been covered by television networks like ABC, NBC, and CNN, and in most major newspapers and magazines around the world, including the New York Times and the Economist. His philosophical discoveries are changing lives and revolutionizing businesses all over the globe. He’s also been described as the world’s happiest philosopher. 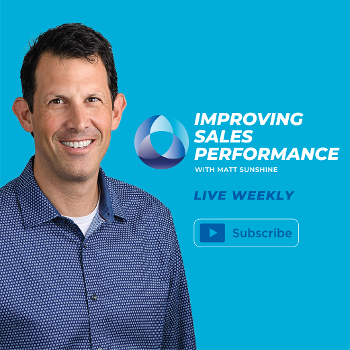 During the interview, Tom walks the audience through how "Plato's Lemonade Stand" was formed.

He says it started 15 years ago when a top person at a big credit card company reached out and said they were being bought by Bank of America. The day the deal goes through, the president of the company gets 10 million dollars, but the rest of the company is left wondering if they'll have a job.

Knowing Tom's background and having heard him speak before, this person asked Tom to give a speech on how to deal with difficult change. "I had never researched, or spoken about this, but I said I would put something together," Tom explains. "I started reading through all the great philosophers, and realized no one seemed to be tuned in to all of this wisdom that was just sitting here."

Originally called The Art of Change, Tom revised the title after receiving amazing feedback from the audience. "After a lady told me that she was an Olympic athlete for years, and what her coach tried teaching her for 15 years, I have taught her in 45 minutes — I decided to write it down," Tom explains. "Then my son made the comment about making lemonade out of lemons, and I realized I had heard this phrase for years, but no one had actually told me how to do it. This book is how to do it."

How to Make Lemonade Out Of Lemons

Matt asks Tom to break this down for us and asks, "What are you getting at by taking the reader through the progression from resilience, to grit, to alchemy?"

Tom explains, "Alchemists were people who wanted to turn base metals into gold. They wanted to turn more life into immortality, but the basic quest was a spiritual quest of radical transformation. This concept is the core of taking life’s lemons and making lemonade."

He notes that he mentioned resilience early in the book because for20 years now, we've all been talking about the importance of resilience and bouncing back when something bad happens. However, he says there are two problems with this way of thinking:

"There has to be something more than resilience," states Tom. "When we talk about grit, we talk about perseverance and sticking to it. Successful people tend to have that quality in common, but it takes more than bouncing back ad soldiering-on — it's about transforming difficulty into delight; it's about alchemy."

Alchemy is not magical or instant. You have to be resilient and move forward with grist, but ultimately, you transform. "You take what looks like a bad situation and make it a doorway to something great — that's what I wanted to focus this book on."

Using Routines and Habits to Your Advantage

At The Center for Sales Strategy, we're all big believers in routine, but as Matt mentions during the interview, we also understand they can become ruts. With this in mind, Matt asks, "How can we use the power of routines to our advantage without falling into a rut?"

"Routine and habit are great until it isn't," Tom states. "It's important and powerful to have habits, but the only way to know if your habits are right for right now is to engage in constant self-examination."

He also quotes Socrates saying, "The unexamined life isn't worth living." Why? Because it gets weighed down in habits that are no longer good to have. They may have been good five years ago, but not today. We must constantly examine our habits.

"Routines and habits take a lot of decision-making out of your day," explains Toms. "You put enough things on automatic pilot that can be dealt with, and you free yourself up to be more creative." He continues with a great piece of advice, saying, "The brain burns glucose in decision-making, so the more decisions you have to make, the worse you get at it. So, try not to make important decisions right before lunch or at the end of the day because the physical needs of the brain have to be replenished for you to be at your best."

What is the Hill A and Hill B Concept?

Tom explains the metaphor of "Hill A and Hill B" like this...

"Imagine you're leading a group of people on a hike, and the goal is to get to the highest hill in the area so you'll be able o survey the surrounding terrain. You climb Hill A; helping each other along the way; slipping and falling, but you make it."

He continues, "At the top of Hill A, you can now see Hill B — a higher hill that was previously hidden from view. As a leader, you want to get the group to the highest point in the area. You now have to tell everyone that you're going to go climb Hill B. Some people want to stay on top of Hill A and celebrate success. But if there's a Hill B out there, the rest of the world is shooting for that."

The metaphor is this; you have to go downhill and get out of your comfort zone if you want to keep succeeding. "Enjoy and celebrate, then get of Hill A and let your current success be your base camp for the next ascent up the next higher hill."

Life is supposed to be a series of adventures, the one you're on now is preparing you for the next one in ways you can't even imagine. "Be excited about the hills and new challenges," Tom exclaims.

Subscribe to our YouTube channel, and have your notifications on so you’re notified of our next episode!