Five Ways to Play "Moneyball" when Hiring and Coaching Salespeople 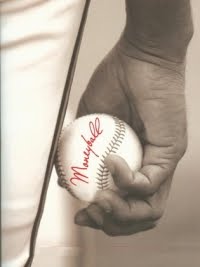 My understanding of the game of baseball is essentially, well, zero.  And to be truthful, my interest in watching the sport is just about the same. So, why was I so anxious to see the movie, “Moneyball?”  (No - it wasn’t only because Brad Pitt was in every scene. Entirely.)  I wanted to see it because it tells the tale of a ballclub on a budget that turned to science in order to find talent and build an unbeatable team. I’m a Talent Analyst – how could I pass that up?

I got more bang for the buck than I even expected, though, because it turns out this story isn’t only about finding talent. It is also about developing it. Moneyball spoke to the strength management philosophy that our team shares with sales managers every day.

Here’s what you need to know about the movie – with no spoilers, I promise.

This true story of the Oakland A’s baseball team focuses on the General Manager, Billy Beane, and his highly unconventional attempt to assemble a World Series caliber team without the kind of money that allows a ballclub to fetch big-name talent.

Beane, spellbound by a radically different approach to finding talent, flips his entire scouting operation upside-down during the 2002 season. No longer willing to rely solely on the intuition of his experienced scouts, Beane goes on a manhunt to find great players, and he arms himself with a talent formula that he believes will help him spot potential in players that the other teams won’t even notice.

Pretty cool story of finding and hiring talent, but the real magic happens after he brings his new players onboard.

Here’s what this General Manager did right to win at the game of talent:

The parallels between this groundbreaking baseball story and the work that sales managers do every day to recruit, select, and develop future top performers are many. They both begin by beating the competition at hiring talented performers and they both succeed by coaching those performers individually to achieve success.

Billy Bean describes this one-two punch by saying, “We are card counters at the blackjack table. And we’re gonna turn the odds on the casino.” Using the right talent instrument to predict and develop sales talent will give you that same unfair advantage.