Stand Out or Sit Down: Improve Your Sales Strategy

I frequently meet with salespeople who are working on creative ways to approach prospects that they're having difficulty getting in front of. One salesperson had a particularly difficult challenge, as she had been trying to get an appointment with a key prospect for over eight months with no success, and all of the traditional methods had been exhausted.

Time to get creative!

We came up with an idea to send the prospect on a scavenger hunt. The salesperson would leave clues for the prospect to follow, hopefully ending up in an appointment.

As the brainstorming really got going, I started getting excited about what a cool idea this was going to be. I looked over at the salesperson and she had a quizzical look on her face. She wasn't convinced. She said, "Does anybody really do anything like this." I said, "No, but they should!"

Think of the sheer numbers of people that are trying to get in front of the same prospect you’re approaching in any given week. Then think about all the ways they have to communicate with that prospect: office line, mobile, text, and email. Do you stand out among the rest? What do you do to differentiate yourself?

Don't forget to throw in a large dose of persistence too.

Update: The salesperson succeeded in getting an appointment with the prospect using the scavenger hunt idea, and the prospect was impressed. He told her that he found himself "looking forward to each new clue" she sent along. 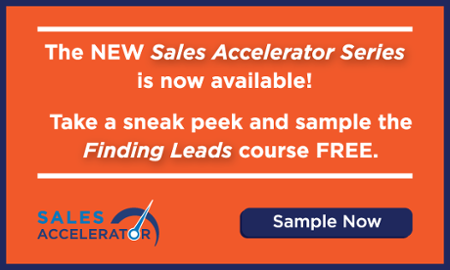 Editor's Note: This post was originally published on May 9, 2013 and has been updated.