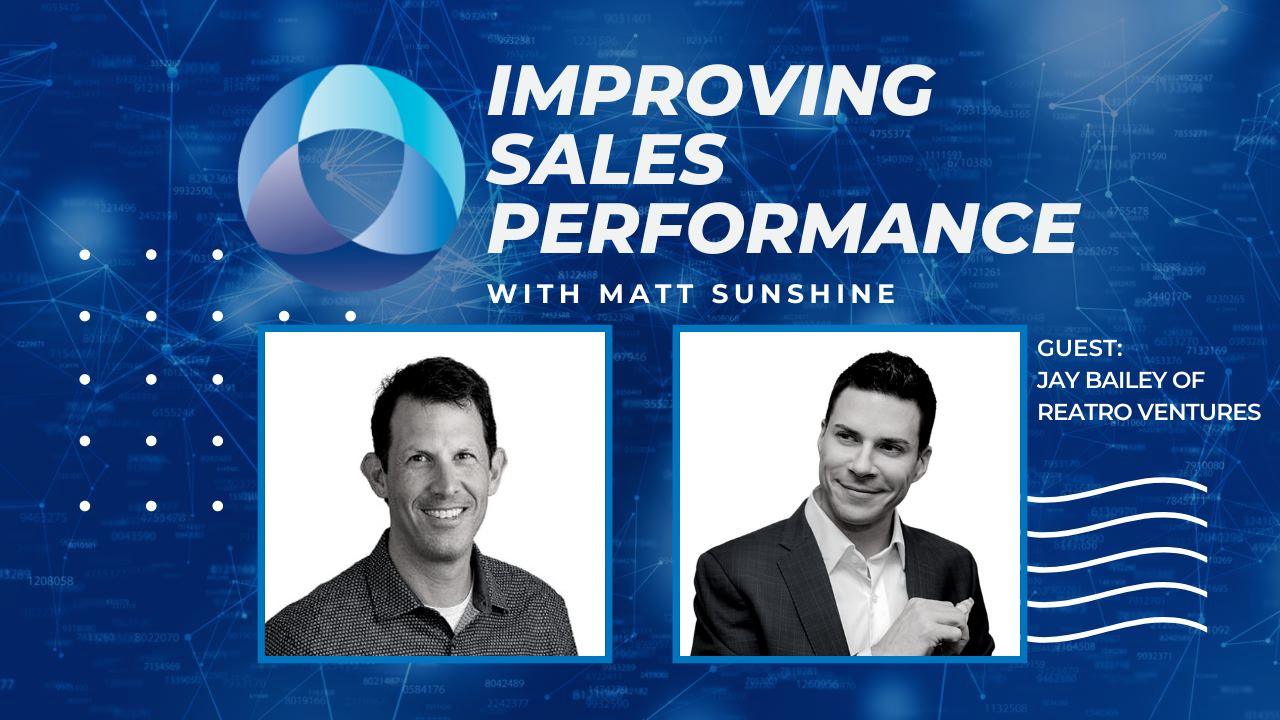 How do you define culture at your company?  How does culture tie directly to business and sales performance? And, what’s a fun brigade?

Episode 3 of the Improving Sales Performance series with Jay Bailey, founder and CEO of Reatro Ventures, was engaging, enlightening, and motivating. Host Matt Sunshine asks the right questions that tells you how to make company culture work, and Bailey provides three free and easy tips on what you can do right now to improve your company culture.

Jason (Jay) Bailey is the founder and CEO of Reatro Ventures, and founder and former CEO of Sun Broadcast Group, a national radio sales and syndication network. Through his 12 year tenure, Bailey grew Sun to a top 5 network and was named by INC Magazine as the fastest growing radio company in America three years in a row.

Prior to founding Sun Broadcast Group, Bailey started a marketing firm that helped streamline the sales and advertising process of more than 35 luxury real estate projects across North and Central America. During his years in the industry, he helped clients close more than $2 Billion in sales.

Bailey has been featured in numerous industry articles for his unique insight on the radio space, including on the cover of Radio Ink Magazine, where he was named “Network Radio’s Next Big Star”. He continues to proudly serve as an honorary trustee for the Alliance for Women in Media. A true expert and thought leader.

How Do You Define Company Culture? 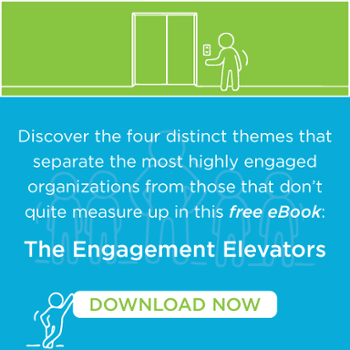 A strong company culture contributes to improved employee engagement, collaboration, and performance. However, more often than not, a company’s culture is implied rather than defined and conveyed.

If asked to describe your company culture, what would you say?

Bailey defines company culture with one word — family. “You love them and help them grow,” he explains. “Even if that means growing out of your company, you’re proud of them.”

How Do You Build a Great Company Culture?

Many times, a company’s culture is so negative that it cultivates failure.

The most important thing you can do as a manager is pay attention. Don’t hide in the corner office or behind a door. “The cliché saying, “the door is always open” means something,” states Bailey. “Pay attention! People have crappy days — there’s something going on in their house, and when you ignore that, you create a toxic environment.” He advises management to ask questions like:

It’s vital that management genuinely cares what a normal day looks like for their people. We all deal with stuff. If someone is having a lousy day, take them to lunch or let them go home and deal with whatever they need to deal with.

Throughout the interview, both Sunshine and Bailey reiterate the importance of CARING — not just saying you care but acting and showing that you care. “People should know you care just by your actions,” Sunshine states.

Examples of How Culture Ties Directly to Sales Performance

Along with talent, company culture is one of the top factors in the success of a business.

During the interview, Bailey provides specific personal examples of how this statement reigned true in his professional career. Bailey explained how his company experienced a tough Q1 in 2017 but made it work because the people were willing to step-up and get on the frontline. They were willing to give it their all because they saw management as family.

Management was transparent with employees about the struggles the company was facing, and in return, employee performance increased. “They worked harder, we all stepped-up, and it showed us that what we were doing (in terms of company culture) was working,” states Bailey.

Once you listen to the interview, the steps on creating a winning culture that drives sales performance are clear:

These are just little things we should know and things that you should be doing with your family.