Where Most Sales Pipeline Problems Spring a Leak 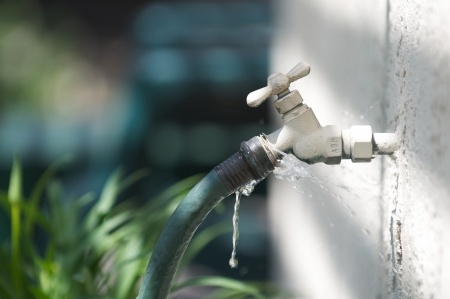 It’s springtime in the United States. The birds are singing, flowers are blooming, and we’re hoping our long stint of April showers is about over. It’s time to plant the seeds that will become your summer garden. When you plant a garden, the final step is to pull out your garden hose and give the ground a good soaking.

If you spring a big leak in the hose, near where the faucet is, what you just planted is not going to get much water. If you spring a leak at the end of the hose, that water is just going to leak out onto your new seedlings and your garden will grow nearly as well. It’s easy to see that a leak near the beginning of the hose (pipeline) is the bigger problem.

A Leak in the Sales Pipeline

If you are in sales, you likely have a lot of conversations about pipelines and pipeline management. A problem at any point in the sales pipeline is a problem, but none are as serious as those at the beginning of the pipeline. So, don’t just have an emergency meeting with a seller who has weak pending or hold an intervention when someone is behind goal. Spend time every week, checking with every seller on your team to be sure they are adding to the beginning of the pipeline and securing their first appointment with ideal prospects.

Blessed is the business whose pipeline is more like a fire hose than a garden hose, the company with so many good prospects that salespeople don’t have time to develop them all or just lose track of many that are in the pipeline.  The much more common scenario is that salespeople become obsessed about each and every prospect in the pipe because they have too few of them.

Some salespeople need help knowing how to move some prospects along toward the close, but many more of them—and truth be told, many of their managers—need even more help distinguishing between those prospects who really can be moved along toward a profitable outcome and those others who’ll just gobble up valuable time on the road to nowhere.  It’s not that these sellers and managers don’t know in their hearts that these prospects may be more trouble than they’re worth, but rather that a prospect stuck part way through the pipe looks more appealing, looks more worthy, than the prospect that hasn’t entered the pipeline and perhaps hasn’t even been identified yet.

If the salesperson had twice as many prospects entering the pipeline, he or she would naturally sort to those that are easier to move along or more likely to result in a sale sometime soon. More prospects entering the top of the pipe not only means more revenue emerging at the other end, but it also includes: