5 Movies that Teach Us about Talent Development 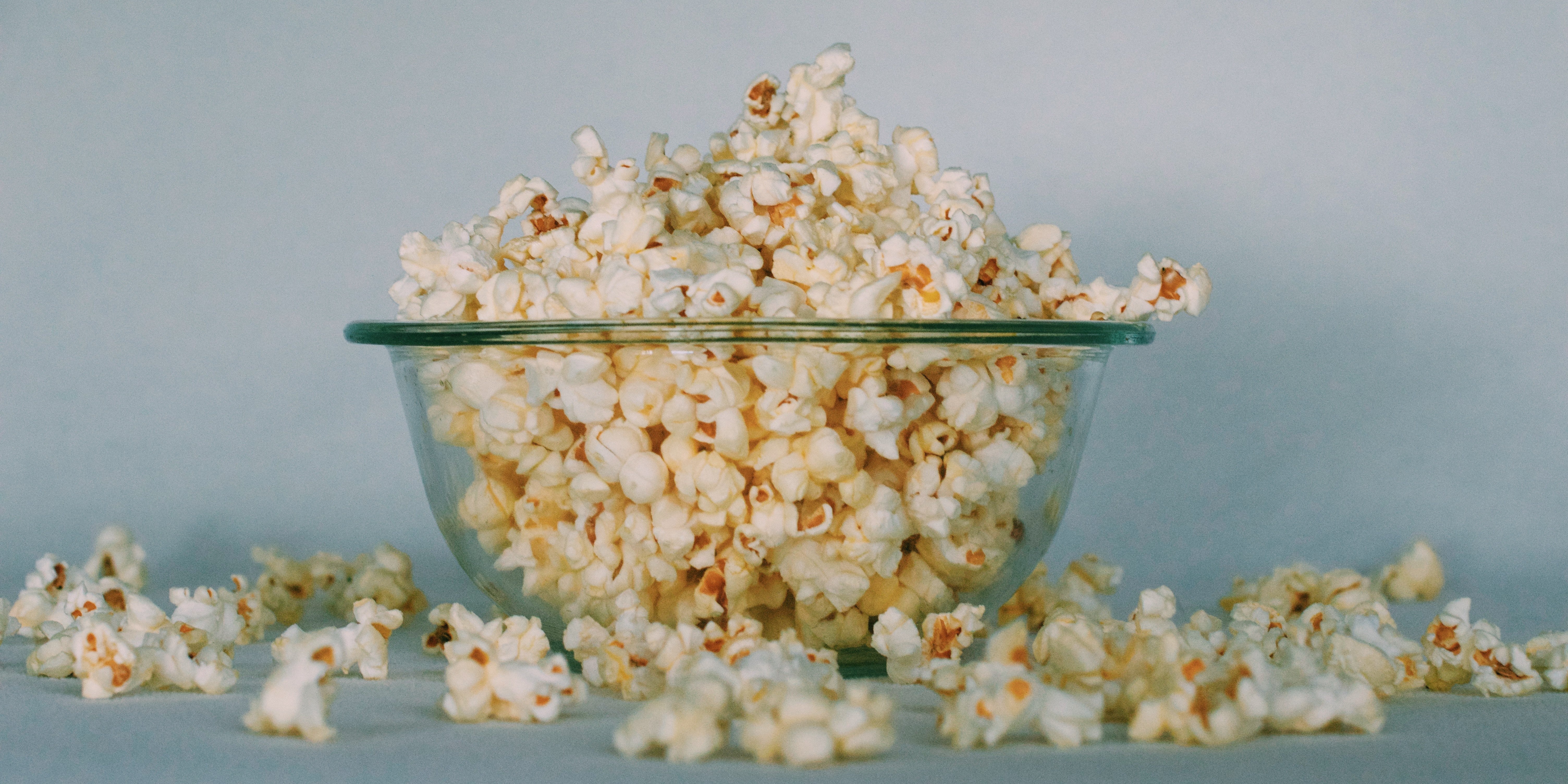 Today, we are taking our sales strategy lessons from the pages of pop culture, and we're talking movies. Grab your popcorn and find a comfy seat, because we’re heading to the movies!

Comedy, romance, action, drama – doesn’t matter.  I love ‘em all! (Unless they have aliens in them... those I really don’t love.)

I’m taking you with me to today’s matinee movie marathon, and we’re going to check out five movies that have some pretty important lessons in them about finding and coaching talent in others.

This is the extraordinary true story of Michael Oher, a teenager left to survive on his own and virtually homeless. When Sean and Leigh Ann Tuohy spot him on the streets, they feel a strong pull to help him and they end up completely changing his life. Soon a full-fledged family member, Michael thrives with their consistent nurturing and he fulfills his potential—both on and off the football field.

Leigh Ann Touhy, with no formal training, intuitively understands the importance of knowing Michael as an individual, and early in their relationship asks him, “Tell me one thing I should know about you.” Turns out, everyone calls him Mike and he doesn’t like it. From that point forward Leigh Ann only calls him Michael which shows a respect for how he wants to be treated. She also observes him often and cares about the qualities that make him unique.  This individualized attention is especially striking during this memorable scene:

After a long practice of yelling direction and getting no results, Coach Cotton hits peak frustration with Michael. He’s huge after all! He should crush the opposition! But the coach has missed the fact that he is gentle to the core and at conflict with tackling others. Appalled that Cotton is coaching everyone in the same way (which is ineffective for Michael), Leigh Ann marches onto the field and takes things into her own hands. She tells Michael that his teammates are his family and he needs to protect them.  With the next whistle blow, Michael tears up his opponent, and Coach Cotton demands, “What did you say to him?” Leigh Anne replies, “You should really get to know your players. Michael scored in the 98th percentile in protective instincts.” Now THAT is knowing how to coach someone to maximize their natural talents!

This story is the1990’s take on Pygmalion mythology. Rather than ancient Greece, the time is modern day and the setting has changed to California, but it’s still a story about an individual growing up and wanting to live up to the expectations of others who believe in her.

Edward, a wealthy, ruthless businessman, specializes in taking over companies and selling them off piece by piece. He travels to Los Angeles for business and decides to hire a little “company” for the night. Vivian, a prostitute in Hollywood, never imagined she would run into the prince of her dreams while working the streets, but she does—eventually.

Viewing her as nothing more than a hired escort at first, Edward hires Vivian for a week of society parties and polo matches. After getting to know her, however, he sees her as much more and treats her accordingly.

Moviegoers watch Vivian transform from a streetwalker to a lady as she trades in knee-high PVC boots for designer clothes. However, the changes go much deeper than her clothes. As she begins to feel worthy of Edward and a real life, she realizes she can never go back.

Vivian is not the only one who changes in this story.While Edward's physical appearance and social skills need no work, his spirit does. An empty person before Vivian, he lacks sincerity and empathy. With her belief in him she begins to chip away at his hard outer shell and turns him into the prince she always wanted.

We are able to become the best versions of ourselves when others recognize our strengths, believe in our abilities to achieve, and challenge us to be more than we are today.

This is a tale of a ballclub on a budget that turns to science to find talent and build an unbeatable team. I’m a Talent Analyst—how could I pass that up? I got more bang for the buck than I even expected, because it turns out this story isn’t only about finding talent. It is also about developing it.

This true story of the Oakland A’s baseball team focuses on the General Manager, Billy Beane, and his highly unconventional attempt to assemble a World Series caliber team, without the kind of money that allows a ballclub to fetch big-name talent. Flipping his entire scouting operation upside-down, Beane wraps his arms around a talent formula that he knows will help him spot potential in players that other teams won’t even notice, and faces enormous resistance on his manhunt for talent.

Pretty cool story of finding and hiring talent, but the real magic happens after he brings his new players onboard. With his team of professional rookies complete, he shares clear expectations with each player so they know exactly what he is looking for and how they would be measured. He watches their performance closely and analyzes exactly what they are doing right. He meets with them often and gives them specific feedback on their performance. Rather than giving opportunities to players based on their experience, he puts people in positions based on their potential for success and he individualizes his coaching.

As Billy Bean explains, “We are card counters at the blackjack table. And we’re gonna turn the odds on the casino.” Using the right talent instrument to predict and develop sales talent gives you that unfair advantage.

A janitor and construction worker, Will Hunting has a gift for math and chemistry that can take him light-years beyond his blue-collar roots, but he doesn't realize his potential and can't even imagine leaving his neighborhood life. Throughout the story, Will encounters a cast of characters that recognize his talents and often envy his gift, but eventually push him to live up to his potential.

His love interest, Skyler, compares his talent for math and chemistry to the talent of Beethoven and Mozart to write for and play the piano. She explains that while some look at the piano and see Mozart, she looks at it and sees Chopsticks. Will points out that he can’t play the piano but she reminds him that he can do her Organic Chemistry paper in under an hour. Will says, “Well, I mean when it came to stuff like that... I could always just play.”

Talent like his is not something you can teach. Others can work hard and be successful, but they will never really compare.

After the death of King George V, and with his country on the brink of war, Albert is suddenly crowned King George VI of England at a time when the country desperately needs a leader.  Suffering from a debilitating speech impediment all his life, his wife (the future Queen Mother), arranges for her husband to see an eccentric speech therapist, Lionel Logue.  Following their rocky, and nearly disastrous beginning, the two begin a highly unorthodox course of treatment and eventually form an unbreakable friendship.

Lionel (who we later learn has no formal education or certification), helps the new king to understand his weakness and the reasons behind his unwanted behaviors. With that understanding, they are able to find workarounds that help to minimize his weakness and show-off his strengths. With the support of this loyal coach and friend, his family, and others, the King overcomes his stammer and delivers a radio address that inspires and unites his people.

Who knew that a few choice swear words could do so much good? Some workarounds are unconventional, but they are necessary for success. Each individual’s strengths and weaknesses are unique to them, so it would make sense that the path to success would be just as unique.

Recognizing the unique talents in others, coaching them as individuals, challenging them to be more than they are today, and helping others to work around their weaknesses are not just great ingredients for big screen stories. These are everyday opportunities for everyday people.

Editor's note: This post was originally published March 30, 2012, and has been updated.