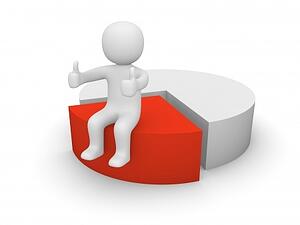 I bet you’re pretty busy right now. Seems like everyone I am talking to is slammed. You have pressing things to do to wrap-up 2013 and at the same time do what is necessary to get 2014 off to a great start.

It's Time to Simplify

I suggest this is a good time to simplify to make the best use of the remaining selling time this year. Do you realize there are only four full selling weeks left in 2013? It’s true—11/18, 12/2, 12/9 and 12/16. Knowing that and considering research we have done on what it takes to get an appointment, you should follow this plan to assure 2014 starts off strong.

Let’s take this research and apply it to an individual salesperson. If a salesperson selects 6 new prospects to focus on in the last four full selling weeks, they will need to make roughly 8 attempts with each—or a total of 48 attempts. This means two attempts per account each week or 12 attempts for all 6 accounts combined. If they do this, they will likely break through with 2 (or maybe if they are lucky 3) and thus, they will have a first appointment with two new ideal prospects right about January 1!

Or if you don’t like this idea, you can wait until things are not going well in late January and then run some phone jams and pitch some cut-rate first-quarter packages—badgering customers and distracting and aggrevating your salespeople.

You won’t be very successful by just leaving 8 badgering voicemails. It takes some planning. Click here to get our Don’t Give Up and Don’t Give Up Planner.