How to Create the Right Digital Solution for Your Client

I am often asked by salespeople, “How do you know which is the right digital capability to pull into a solution?” or, “What is the right budget to recommend for a prospect or client?” The answers to both of these questions stem from the same place – understanding the client's challenge and their goals.

Mid-February is an interesting time of the year. The stores, malls, and grocery stores are jam-packed with people shopping for Valentines Day. If you like to shop, this may be paradise… heading out with all of the other crazed shoppers, trying to find that one special thing for that special someone. But if you're not into shopping, you probably want to minimize the places you have to go.

Imagine if you only gave yourself one opportunity to find that special gift—you're determined to go to only one store. Some of you would get lucky. Others might find that is it out of stock, while others find that the one store chosen never even carried that special something. So what do you do if you weren’t lucky? Since you only gave yourself one shot, you have two options—find another gift or go home with no gift.

Don’t like those options? Me either, but when it comes to digital marketing, I see salespeople and marketers do just that all the time when using ad targeting to reach their target consumer—their someone special if you will. Instead of using multiple targeting options available to them, they make the decision to hyper-target… using just one behavior, age group, or a small geographic area. Doing that is the same thing as just going into one store to find your target gift. You might get lucky and generate results, but more often hyper targeting minimizes your chances to deliver results.

As digital marketing continues to grow, so does the demand for demonstrating an ROI. Marketers want to know that the dollars they are spending are making an impact on their business. They are looking for ways to use all of the available data in the digital space to help them correlate the dollars spent to tangible results.

While there are a variety of website analytic tools that businesses can use, a good number of them are using Google Analytics. And why shouldn’t they? A free tool that can provide some great insights into how potential customers use a business website… seems like a no-brainer.

Like most people nowadays, I spend a lot of time online. Due to my profession, a lot of that time is spent looking at the ads on the screen. I find myself analyzing and critiquing the message, the look, and the layout of the ads, without even realizing that I am doing it. I have seen some good and some bad. Stretch Your Advertising Dollars by Including Users A few nights before the Super Bowl, we were all gathered around the dinner table, discussing the upcoming “big game.” My daughter suggested that the Super Bowl should be a national holiday. I asked why and she said, “It happens every year no matter what, everyone pays attention, even if they don’t like football, because they want to see the commercials, and we watch the whole game just for the commercials. So we should get the day off of school, making it a holiday!”

I Bet You Didn’t Think About This With Native Ads

If you work for a media company that sells digital advertising, you no doubt are following the buzz around Native Ads. There is an important point for all salespeople related to Native Ads that I don’t want you to miss. The dictionary shows several definitions for the word native. A few that are relevant for this conversation are; belonging to a person since birth, living or growing naturally in a particular region.

Digital Marketing: 3 Reasons Your Campaign May Fail on Facebook 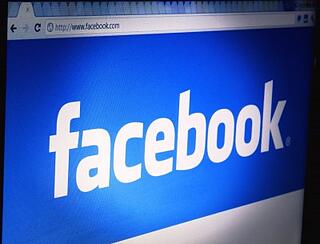 Digital Marketing: Insights Your Customers Need to Know About

If you play a hand in your company's marketing efforts or sell traditional media, there's a study worth paying attention to for two reasons: 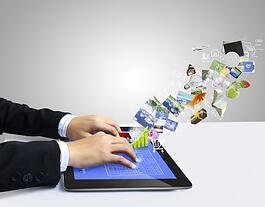 On a recent client visit, the main purpose was to help them plan their 2013 strategy.  One of the topics we covered was how the management team and sales people could remain digitally relevant in 2013.   After seeing the movie "Parental Guidance," it was obvious one of the lead characters, Artie Decker could relate.